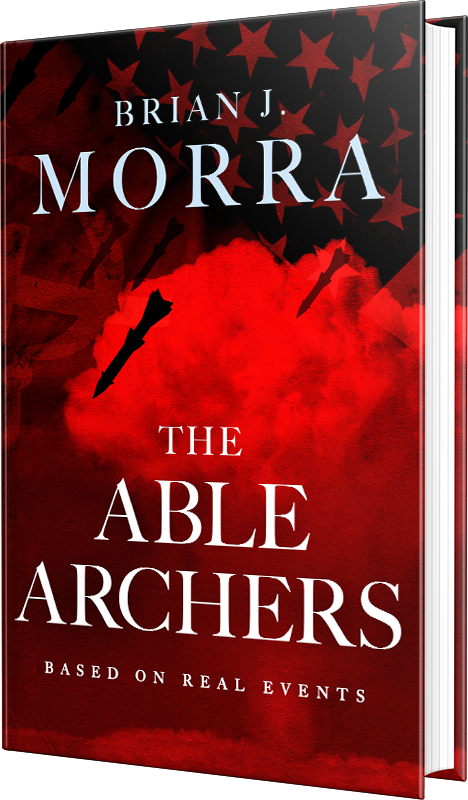 US Air Force Captain Kevin Cattani and Soviet GRU Colonel Ivan Levchenko team up in the fall of 1983 to stop the worst nuclear crisis of the Cold War. The crisis begins with the Soviet shootdown of Korean Air Lines flight 007 and escalates when the Soviets’ most advanced missile warning satellites incorrectly detect the launch of multiple nuclear missiles from a US Air Force base in North Dakota. The crisis reaches its crescendo weeks later when NATO kicks off the largest nuclear war exercise (called Able Archer) in the history of the Cold War. Nerve-wracking episodes unfold in locations from Tokyo to Moscow to East Berlin and more. At a time of apocalyptic confrontation, the United States and the Soviet Union rely on Cattani and Levchenko to prevent a global nuclear war.

A revelatory thriller with edge-of-your-seat, end-of-the-world suspense.
—Kirkus Reviews
As compelling as it is informative and as entertaining as it is terrifying, The Able Archers is a great read and highly recommended.
—New York Journal of Books
This book is a must-read, and I hope that future books by this talented author will use history to help us understand our world today.
—Harvard Veterans Alumni Organization
While a gripping work of fiction, The Able Archers is a powerful reminder of the value of human judgment—and the continuing peril posed by nuclear-armed powers.
—Robert M. Gates, former Secretary of Defense

The Able Archers is possibly the most important book to be published this year.
—General Bryan Doug Brown, USA (ret) 7th Commander of Special Operations Command
Morra’s spell-binding tale grips the reader from page one through the twists and turns of spy craft and kinetic military activity to a surprising and satisfying conclusion.
—Admiral Timothy J. Keating, United States Navy (retired)
Morra knows the Able Archers story because he lived it, and he tells it in vivid, compelling, and frightening detail—with wit and humanity. Bravo!
—The Honorable James K. Glassman, former Undersecretary of State

Brian’s settings, scenes and characters are absolutely authentic and can send shivers up the spines of those who were there and will never forget those events of 40 years ago.
—Larry Cox, Intelligence Officer

This is a must read, and I hope that future books by this talented author will use history to help us understand our world today.
—Samuel C. Mahaney, Maj Gen, USAF (Retired), HVAO Historian

The Able Archers is a truly gripping account of one of the most dangerous episodes of the Cold War.
—Taylor Downing, historian and author

… a brilliant, fictionalized account of a critical time in global history when the world teetered on the verge of catastrophe.
—Award-winning author Carole P. Roman
… any curriculum for crisis management planning would do well to include Brian Morra’s insightful novel which looks at the crisis that brought us close to war in 1983.
—Dr. Robbin F. Laird
The Able Archers is… exceptionally entertaining and engrossing… a must read…
—Jeffrey “Skunk” Baxter
I just did not want to stop reading. An amazing book that is skillfully written and a must read.
—Samuel G. Tooma, Oceanographer and Author
Read all reviews 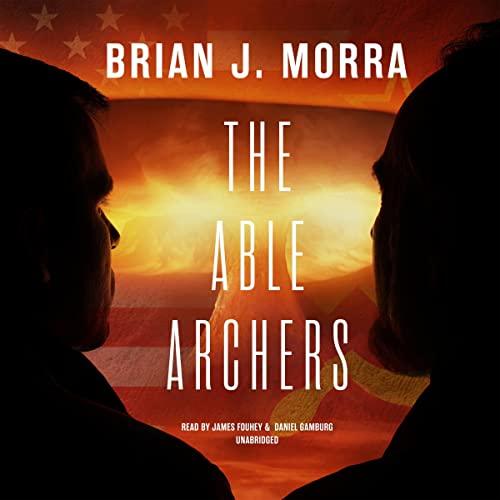 Danger Close with Jack Carr — October 12, 2022
Listen on AppleListen on SpotifyWatch on YouTube

“The shooting down of KAL007, the Able Archer exercise and the nuclear war scare of 1983,” Cold War Conversations — April 1, 2022
Listen now

The year 1983 was the most dangerous in human history.  I realize this statement flies in the face of conventional wisdom, which is that the Cuban Missile Crisis of 1962 was the event that brought the world the closest to a nuclear Armageddon.  While the Cuban crisis was exceptionally dangerous and both the United States and the Soviet Union had significant nuclear arsenals in 1962, a war in 1983 would have likely ended the human race.

There are key differences between the 1962 and 1983 cases.  The first difference relates to state-to-state communications and public awareness of events.  The second concerns the lethality of the nuclear arsenals each side possessed at the time of the respective crises.

In 1962, Washington and Moscow were talking to each other, both through official and unofficial channels.   The world was aware of the crisis because the United States government made it public, in the form of televised presidential addresses and through American action at the United Nations Security Council.  President John F. Kennedy and Soviet Premier Nikita Khrushchev were in frequent communication with each other.  Indeed, President Kennedy opened an informal channel with Moscow through his brother Robert F. Kennedy, the US Attorney General, when he felt the formal channel was inadequate.   The American public was kept informed by its government and the news media.  In addition, the American public was aware of the military preparations that took place out in the open for a possible invasion of Cuba and for defense of the homeland.  The public was relatively well informed throughout the crisis and rightfully on edge.

At this late date, it’s doubtful the Americans will change their plans for Able Archer 83, including the participation of the president and the British prime minister. Still, while there is a chance of defusing the situation, I must take it. My larger concern lies within the Kremlin. The leadership’s paranoia is tuned to a fever pitch. The preparations that are no doubt underway for nuclear war will be very difficult to walk back. Just think of the momentum that built toward war across all of Europe in August of 1914. None of those leaders really wanted a major war—they didn’t even think one was possible—but once the machinery of mobilization started, they were powerless to reverse the inertia.

Captain Kevin Cattani, a US Air Force Intelligence officer, spars with the four-star admiral commanding the US Pacific Fleet.

The Pacific Fleet chief is unmoved.  He tells me in a condescending tone, “Captain, do you think you understand the Russians?  Do you?  The Soviets cannot be trusted to tell the truth.  Hell, Stalin signed an alliance with Hitler, and then fought the biggest war in the history of the world against him.  And, Stalin killed how many of his own citizens?  These are evil people with a failing form of government.  They lie.  I don’t believe anything that they say—or care what they think.  Maybe they replaced officers in the Far East because they were drunks or incompetent and they couldn’t track the Pacific Fleet during our fleet exercise.  Maybe they are reacting so often because they need the training.  You don’t know why they are reacting the way they are, and you cannot prove anything, so it doesn’t matter what you think.”

Crowe motions for me to respond.  General Flannery looks at the floor, taking an unusual interest in the pattern of the carpet.

I gather myself and say.  “Admiral, with respect, the Soviets think this happened and I believe it does matter what they think, because what they think is driving them to change their operations in ways that are potentially dangerous to our reconnaissance aircrews.  And, sir, you are correct—it doesn’t matter what I think.  What matters is what the Soviets think, and they clearly believe that there was an overflight and their entire air defense network in the Far East has been on high alert ever since, potentially endangering the lives of our reconnaissance crews, and possibly commercial airliners.” My upper body is shaking when I finish.  I wonder if I’ve gone too far with the admiral.